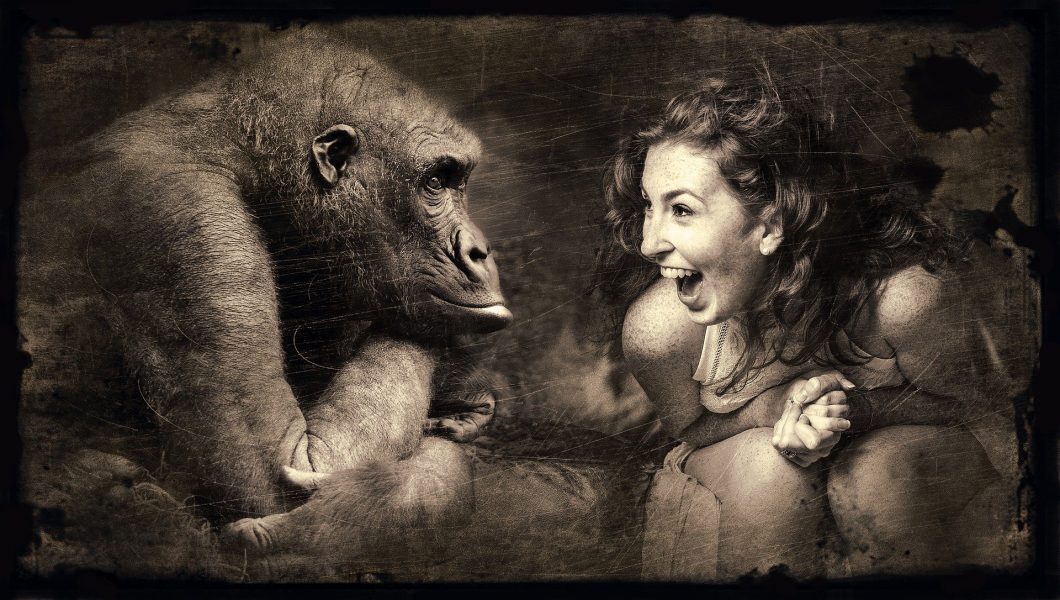 Whilst anxiety is no laughing matter, could laughter help you to feel more relaxed and healthy? Well now there is a growing body of evidence to suggest that laughter may be as effective as antidepressants in helping to treat anxiety. In this article we explore the science behind laughter, it´s benefits and how I use it in my life to make myself feel good. This approach to managing anxiety is helping a lot of people and perhaps it could help you too.

What is laughter and why do we do it?

Before telling you my personal story about why I think laughter is good for anxiety, it´s important to find out more about what laughter is and why we do it. Wikipdeia describes laughter as “a physical reaction in humans consisting typically of rhythmical, often audible contractions of the diaphragm and other parts of the respiratory system.” Dr. Lee Berk and Dr. Stanley Tan, professors of pathology and laboratory medicine at Loma Linda University carried out a number of studies into laughter. They claim that there is currently no consensus as to why we actually laugh, but there are three theories that are popular among scientists: They are as follows: release theory, superiority theory and congruent theory.

In my experience, laughter works like medicine and has the ability to completely change how you feel. My father was a very funny man. He was one of those people who had an encyclopedia of jokes ready to go at all times and he wasn´t afraid to use them. Whilst the majority of these gaffs could be categorized as ´dad´ jokes, it didn´t matter, when the mood took him and he wanted to entertain people, he had everyone around him laughing. His enthusiasm for silliness was contagious. One time, i´d come back home from University for the weekend for a family get together. I´d been experiencing panic attacks and I was not really feeling like socializing at all.

As I climbed out of bed that morning, I was tense and anxious. What if I had a panic attack in front of my family? What would they think of me?

But from the get-go that day, my father was determined to have a good time. For him, there was nothing better than having the family over for lunch. I walked into the kitchen to find my dad teasing my grandmother about her age (one of his favourite pastimes) and couldn´t help but laugh at the sweet natured banta between the two of them. Even a little laughter could ease my my worries and I started to lighten up, but by lunch time the anxiety started to build again.

Suddenly my brother showed up with his new girlfriend. Wanting to make a good impression, she had brought a strawberry cake in a fancy patisserie box. My dad quickly took hold of this and thanked her for bringing it. The rest of the family arrived and we all went to sit out in the garden. This was when his jokes started, like machine gun fire, some of them would hit their target and have everyone creasing up with laughter, whereas others would completely miss, but often end up causing even more hilarity.

I remember completely losing track of the anxiety. It seemed that the laughter and connection was helping me to get out of my own way and I genuinely felt normal again for the first time in a while. Once we finished the main, my father announced that he was going to the kitchen to get the strawberry cake.

A few minutes later he appeared at the top of the garden steps with the fancy looking box in hand, but then disaster strikes. He trips on the second step down and with arms and legs flailing crashes down onto the back lawn with the cake box underneath him. He´s ok, but a gasp emanates from the family as he gets up to show the crushed cake box. The new girlfriend looks on in horror as he slowly opens the box to show everyone that the cake wasn´t even in the box and it was just an elaborate practical joke. We all fell about with laughter.

There are many benefits to laughter

Whether you are looking for a tool to manage your social anxiety or are trying to treat your OCD, it is very clear that laughter is good for anxiety. It can provide us with physical, psychological and social benefits, as well as distracting us from incessant negative thinking. The previously mentioned researchers Berk and Tan found in their studies that laughter reduces blood pressure and releases endorphins into the brain.

These endorphins create euphoria and a positive frame of mind and they also combat the stress hormones of adrenaline and cortisol that anxious people often have too many of. They go on to say that “Currently, research is indicating that the physical act of laughing, even without humor, is linked to chemical changes in the body that potentially reduce stress and increase pain tolerance.”

These researchers seem to be in good company. Nichole Force of Psych daily reports in her article ´Laugh in the Face of Anxiety´ that Sigmund Freud viewed laughter as way for the body to rid itself of stress. She comments that “Freud believed that laughter was a means of taking one’s mind off common stressors, acting as a kind of release valve for anxiety.

It is no mere coincidence that the most common jokes are ones about the most common stressors: work, aging, death, relationship issues and sexual problems.” In another study on laughter and it´s impact on the elderly, researcher KF Tennant claims that “Laughter releases excessive physical and psychological energy, and it reduces stress, anxiety, worry, and frustration.”

Laughing also seems to activate the release of serotonin in the brain, the very same chemical affected by the most common antidepressants SSRI´s. It is not certain how long this affect last for, but it is certainly powerful, at least for short periods of time. Research by J Korean Acad Nurs indicates that “serotonin activation through laughter therapy can help middle-aged women by lessening depression and providing important grounds for depression control. The Mayo clinic identifies both short term and long term benefits of laughing as follows:

So it really does seem that laughter is good for anxiety and that it can help us to reorientate our mood towards a more positive mindset. In Part 2 of this series I´ll de discussing how we can actually learn to laugh more and whether it matters whether we laugh spontaneously or forcefully.