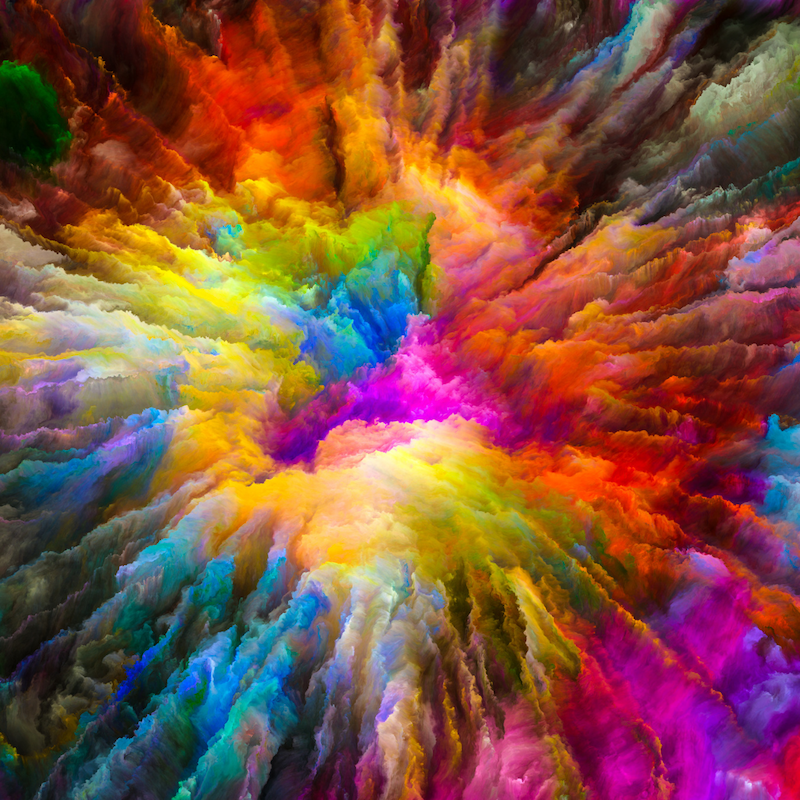 Is OCD a problem of focus and concentration? It certainly seems to be true that people with OCD struggle to put their attention on helpful things and instead, fall into the trap of allowing their attention to wander to doubts and concerns that fill them with dread.

In his latest book, ‘Stolen Focus’ Journalist Johann Hari interviews Dr. William James from Oxford University, who says “If we want to do what matters in any domain, any context in life, we have to be able to give attention to the right things…. If we can’t do that, it’s really hard to do anything”.

This is a great quote as it really gets at the heart of the issue of imagination, focus and OCD. If we struggle to put our attention where we choose, then we’re going to struggle. This applies to everything in life, but if you have OCD, then it’s going to be amplified massively.

The Guard Of Your Attention

Looking back over my many, many years struggling with OCD, even when I was a child and was not chronically struggling with it, I notice a familiar pattern of vivid imagination followed by a free flowing level of concentration. My imagination would go to something dark and almost immediately, as if the guard to my attention had just left their post, I would focus in on that problem and explore it in detail.

Like this, a new thought or concern could easily whip itself up into a full blown anxiety attack or obsession. I think as a result of reading too many Roald Dahl books that would so often begin with the main characters parents dying in a car crash or something, I would obsess endlessly that something terrible was going to happen to my parents.

The Run Away Imagination

If one of them were late to pick me up, I was sure that it was because they had crashed their car and died. I would sit waiting almost in a hypnotic trance with a growing sense of panic. My imagination and lack of focus control worked together to get me stuck in these powerful fear based struggles, something that was to become chronic in later life.

Lots of children can have similar concerns, perhaps it even rings true for you. But as children we still haven’t developed such great control over our attention our ability to manage emotions. Generally speaking, as we progress into adulthood we get better at this. We notice the irrational fears we have that are unlikely to come true and direct our attention onto more positive things.

OCD Is A Bully

But if we later develop OCD, a similar pattern is observed. We can feel almost bullied and pushed around by our thoughts and despite having that adult awareness that our concerns are not rational or likely to pass, we can feel like we are unable to stop worrying about them.

OCD hijacks your ability to keep things in perspective. It uses an intolerance of uncertainty and anxiety to keep you from making sense of the world in the ways in which you otherwise would do. When  questions like ‘What if I really don’t love him?’ or ‘Did that image just flash up as i walked through that door way’? Pop up into our minds, if we respond to them with the need for certainty, then it’s likely we’re going to get stuck.

Does It Sound Familiar?

That strong imagination, that so many people with OCD have, will take over and start to spin a story of doubt. Which inevitably will be countered by the part of you that seeks certainty, until just when you think you’ve found it, another doubt will present itself and on and on.

I’m certain this sounds familiar to you as it does to me and as it does to the hundreds of clients that i’ve worked with. If you look at worry and anxiety from the perspective that it is misdirected creativity, then you really start to get the point. For myself, one of the things that really made a big difference to my OCD was aligning myself with my values, of which creativity is certainly a big one.

Could it be that a connecting thread for many people with OCD is a disconnection with their creative and playful selves? I’ve seen countless clients begin to improve the mood and direction, simply by getting more in touch with this creative side. With this in mind, it doesn’t just have to be the things that we traditionally view as creative.

Of course, drawing, painting, music etc are classic examples, but creativity can be explored in many different areas and is definitely worth exploring. I’m not saying that creativity alone will solve your OCD, but it will certainly help you to deal with it.

Another big issue in regards to focus and OCD  is that modern life inundates us with distractions, some would argue on purpose, that leave us in a state of constant distraction. In an article for the Guardian Newspaper entitled ‘The Lost Art Of Concentration: Being Distracted In A Digital World’ Harriet Griffey claims that:

“Put simply, better concentration makes life easier and less stressful and we will be more productive. To make this change means reflecting on what we are doing to sabotage personal concentration, and then implementing steps towards behavioural change that will improve our chances of concentrating better. This means deliberately reducing distractions and being more self-disciplined about our use of social media, which are increasingly urgent for the sake of our cognitive and mental health”.

Taking control of our use of social media then will certainly help us to be better able to start directing our attention where we want it to go and to not use up our emotional energy on things that aren’t serving us. A huge part of acceptance commitment therapy is learning how to direct your attention onto your values, rather than your fears and obsessions.

If you are routinely doing things that challenge your ability to do that, then this is clearly going to set you back. You could consider trying to set up your day to limit social media use. I’m not saying don’t use it altogether, i’m just saying try to get new habits with it. For example, do you start your day with social media. Ok, i’ll admit, I can sometimes be guilty of this 😉 but I try to be strict with myself that I won’t engage with any social media until at least 11am as I know this is going to help me overcome these issues with imagination, focus and OCD.

There Is Always Hope

The great thing with this is is gives me plenty of time in the morning to do the important things that I really need to focus on, like making podcasts, replying to endless emails and taking my dog  Bruno for a run. Are there similar things that you can do to set up your day in ways that are going to help, rather than hinder your focus?

Remember, having OCD does not mean that you are always going to be stuck, there is always hope. Keep trying new tips and techniques like some of the suggestions today and find the things that work for you. A little action each day is all it takes 🙂