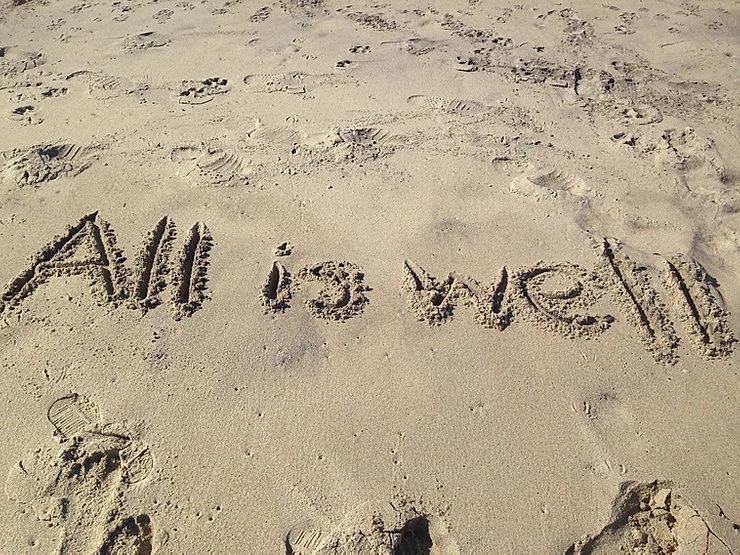 When I think back to when I was struggling with OCD, one of the major compulsions I had was reassurance seeking. What I didn´t realise at the time, was that this was keeping me stuck in the vicious circle of OCD. In this blog I take a look at what reassurance seeking actually is, why it doesn’t help and most importantly, identify ways in which you can stop doing it.

What is Reassurance Seeking in Relation to OCD?

Whilst normal reassurance seeking can seem fine and sometimes helpful, for someone suffering with OCD, reassurance seeking quickly became excessive and can keep a person stuck in the OCD trap. Very well mind, in the article ´OCD and Excessive Reassurance Seeking´ report that “Excessive reassurance seeking is the need to check in with someone over and over again to make sure everything is OK with respect to a particular worry or obsession. While responding may seem supportive, it only serves to perpetuate OCD behaviors and thoughts”.

OCD can be very stressful and people ask for reassurance to try and lower their anxiety.

From my own personal experience it works something like this. An obsessive thought would pop up in my head. I would start to feel anxiety and get an impulse to do something about it. This is when the compulsions would start (we always perform compulsions to try and lessen the anxiety we are feeling about obsessions). One way of reducing anxiety (at least temporarily) is to look for reassurance.

Asking for Reassurance from Others

The first type of reassurance seeking and the most obvious is asking other people for reassurance. A prime example of this for me involved relationship OCD. I would incessantly ask my friends for their opinion on my girlfriend and my relationship and whilst their reassurance that ´xxxx was lovely and that the relationship seemed to be going fine´, initially made me feel better, inevitably after a short while the anxiety came back and I would be back to square one.

Excessive reassurance seeking is a game with no winners.

One telling sign with this though is when occasionally a friend would tell me that perhaps the relationship wasn´t actually right and that maybe I needed to end it (I think perhaps they were sick of reassuring me). After hearing that I would instantly feel certain in myself that the relationship was fine and that I was worrying about nothing. It seems that somehow deep down we know exactly what we want, but OCD is trying to confuse us and one way in which it does that is through reassurance seeking.

Some of the other types of reassurance seeking can be a little more subtle (don´t worry though, you can definitely outsmart them once you start spotting them). One of these is researching things online. For example if you have an obsession about harm, you may find yourself typing some strange questions into Google, such as ´If I have a thought about harming someone, does that mean i´m going to do it?´ If that’s your obsession, then sorry, but don´t worry i´m not going to give you any reassurance about it 😉 After typing this message or something else related to whatever obsession you may be dealing with, you might come across something that gives you some reassurance, this may cause the anxiety to go down and you will initially feel a bit better. But the problem is that all you are doing is delaying the inevitable and keeping the cycle of OCD going.

As you can see from the diagram below, when we try to push the anxiety away by performing a compulsion such as reassurance seeking, what we are actually doing is pushing the anxiety away and when we do that, in the end, it always comes back stronger, creating the perfect conditions for OCD. We have to remember that ALL REASSURANCE SEEKING BEHAVIOURS ARE COMPULSIONS.

The cycle of OCD can keep you trapped.

When I used to do this compulsion, I would notice how sometimes when I searched for reassurance online, I might spend hours doing it. I would often become frustrated if I couldn´t find the exact answer that I was looking for, I needed to know with 100% certainty that I had found the answer to my doubt and then I would be able to continue with my day. But of course this was an impossible task and I could never get the certainty I was looking for. When you get stuck in the compulsion of internet based reassurance, it´s incredible how much time you can end up spending on it.

The third type of reassurance seeking i´m addressing in this article is rumination. This is a really subtle form of reassurance and is often done without the persons conscious awareness that they are performing a compulsion. An example of this for me was going through an obsession in my head again and again and again, trying to get some certainty that my obsession wasn´t going to cause me any problems. This type of compulsion relies on you mentally reviewing your obsessions in a repetitive way to try and gain certainty, but again, each time your review something, you may momentarily lessen the anxiety, but you can be sure it will be coming back again. If you have OCD and you often find yourself mentally reviewing things in this compulsive way, then it is probably reassurance seeking.

1. The first step is remembering that reassurance seeking is not actually helping you and that in fact it is keeping you trapped in the vicious circle of OCD. With that in mind, your target is to try and reduce the amount of time you spend performing the compulsion of reassurance seeking.

2. The next important step is to try and practice meditation on a daily basis. In my recovery, meditation was incredibly helpful as it made it a little easier for me to identify the more subtle mental compulsions I was performing. Sometimes those little suckers are hard to spot, but daily meditation definitely helps with that.

3. Keep a log about your reassurance seeking. You want to see how many times you are doing it throughout the day. This will give you a baseline so that you can start to decrease it. Things to include in the log are:

– How often you review past behaviours or try to rationalize or figure out past thoughts and behaviours?

– How often do you go online and research your obsessions in order to feel better? (This could also include looking at books).

– How often do you seek reassurance from other people about your obsessions?

4. Once you have completed the log, you can start to change your reassurance seeking behavior by changing, delaying, limiting or replacing it. For example, if you find yourself asking friends for reassurance 10 times a day, try to reduce it to 5.

5. Apply the Principles of Acceptance Commitment Therapy (Follow the link to see my article on ACT).

Whilst getting over OCD doesn’t happen overnight, following the tips above will certainly help you to reduce the amount of reassurance seeking you are doing and ultimately this may be a huge step on your path to recovery, it certainly was for me. The takeaway lesson is though that to truly get over OCD, you will have to start learning to tolerate a little more uncertainty in your life. We can never be completely certain about anything and trying to be so is likely to lead to a lot of stress and anxiety. As Annabelle Hagen claims in her article ´OCD and the Pervasive Reassurance Seeking Compulsion´ “Your OCD brings uncertainty, but you don’t have to be a slave to it. You can slowly teach your body to become flexible with what comes. With the right tools and consistent practice, you can see positive results. You can learn to manage your OCD, and get your life back. Once again, you can enjoy the things that are most important to you!”

Whilst OCD can be extremely challenging. By opening up and allowing a little more uncertainty into our lives we can get over it and start to live a more positive life.

Reassurance seeking is one of the most common OCD compulsions and it keeps so many people trapped in the clutches of OCD, but as we have seen we do have tools to be able to reduce the amount of time we spend performing reassurance seeking compulsions and this can get us back out of the OCD trap. By following the tips set out in this blog and using the principles of ACT I was able to stop performing these compulsions and now they don´t bother me. If you would like to know more or would like to do some coaching, then please feel free to get in touch by email. You can reach me at robertjamescoaching@gmail.com