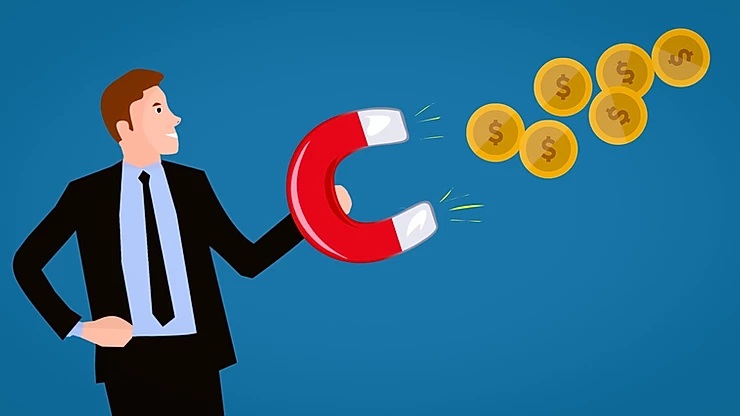 OCD and the Law of Attraction

First of all a warning. If you have OCD and easily pick up new obsessions, it´s probably best to avoid this article altogether. However, if you are currently having troubles with OCD and the law of attraction, then hopefully you might find this helpful.

Many years ago, when I was still completely stuck down the rabbit hole of OCD I came across a book that I initially thought might be helpful, how wrong I would be proven to be. The book was about the Law of Attraction (it wasn´t The Secret, but something similar) and how you can use this law to manifest many wonderful things into your life. It all sounded a bit to far out, i´ve always been quite spiritual, but this just seemed too good to be true. But, as we all know, the unfortunate thing with OCD is that when you are really struggling with it, you can become quite desperate to find something, anything that might finally help you to learn to deal with it. This was certainly the case with me, so I carried on reading, eager to try and learn more, not realising that I was about to get completely stuck with my OCD and the confusing Law of Attraction.

About halfway through the second chapter however, I came across something that gave me pause for thought. Something that completely undermined all of the amazing CBT and meditation work that i´d been doing to help me with my OCD. It was something along the lines of this: ´With the law of attraction, you attract what you regularly think of. So if you keep on thinking about becoming rich and you visualize it every day, eventually the law of attraction will make it so. But be careful, because likewise, if you keep on thinking about something negative, then you might also manifest this into your life´. Those final few sentences can be like DMT for an OCD sufferers peace of mind. Even for someone who has made good progress down the route of recovery, if they come across this and they take it the wrong way, it can be very disturbing and debilitating. This was certainly the case with me and I became completely obsessed with the idea that I could possibly make something terrible happen, just by thinking it. Even though I knew somehow that it was absurd, I had to know with absolute certainty that the law was either incorrect or that I had misinterpreted it somehow, but of course with OCD, it´s almost impossible to ever have complete certainty about anything.

Magical thinking is when we think our thoughts are more powerful than they actually are. Are we wizards?

One very common type of OCD is magical thinking. With this type of OCD a person feels that they have to perform rituals in order to stop bad things from happening to themselves or people they love. This may involve counting, saying certain words or avoiding cracks in the pavement. Fred penzel PHD, writes in Beyond OCD that “Superstitious thinking makes strange and magical connections between things which logically don’t seem to connect in the real world, thus the apparent ‘craziness’. Some common examples would be the idea that thinking of an unlucky number can ruin your day, that clothing you wore to a funeral can lead to more unhappiness if you wear it again, or that thinking of the name of a disease will cause you or someone else to get that disease”.

You can easily see how a person with this type of OCD could buy into the Law of Attraction in a negative way. For me the obsession with this became really strong and mutated into other OCD sub types, like harm OCD. I became increasingly worried that if I thought about harming someone, then the law of attraction could actually make it happen. After a few weeks of this I was completely worn out and fed up. The bloody law of attraction was ruining all my progress with OCD and I didn´t know how to break out of the negative loop. Luckily for me I had a really great therapist at this time and I decided to talk to her about it. Following the session I was able to look at the Law of Attraction with much greater perspective and it suddenly lost it´s power on me. So what did we discuss and how did it help?

Well first of all we talked about magical thinking. She asked me this. ´Out of the thousands of times that you´ve had upsetting and stressful thoughts about harming someone, have you ever then gone on to actually harm somebody?”. This was a really good point, i´d been having unwanted thoughts about harm for many years and yet not once had I ever even come close to doing anything. That´s because thoughts are not magical and what better proof do you need than that. A lot of people with OCD can spend all day having unwanted thoughts about harm, but they never do anything bad. This was definitely helpful for me to keep in mind. So even if we decide that we want to see things from a more spiritual perspective and that we believe in the Law of Attraction, it doesn’t mean that we are suddenly going to become superhuman and start causing all these terrible things to happen, we have plenty of evidence to confirm from our own experiences with OCD that that just isn’t true.

Opening up and getting help can make all the difference for dealing with OCD.

Next up we discussed my actual interpretation of the Law (if you can even call it that) and how even if it is a thing, it just cannot work in the way stated in the book.

This was all it took for me to stop following the negative loops of thought about the Law of Attraction. I did though notice that in the weeks following I found myself looking for further reassurance online, just to make sure. Reassurance seeking is a very sneaky compulsion and should be short circuited every time you catch yourself doing it. Luckily for me I realized what I was doing and stopped. I reminded myself that I new the law of attraction does not work in the way I thought and that I didn´t need to research it anymore. Whenever the anxiety about it showed up, I acknowledged it, tried my best to accept it and then put my attention onto something else more positive (the principles of ACT). By doing this regularly I soon forgot about this obsession and when I did come across it again in the future, it no longer had much power over me. If after reading this you still find yourself stuck with it, I would highly recommend that you seek out the support of a therapist or specialist in the area. For some people with OCD, perhaps it is best to try not to read about the law of attraction at all as it may keep on leading to them becoming confused.

Find some peace from OCD. Asking for help is the first step.

I hope this has been a useful blog post for people who find this topic difficult. OCD and the law of attraction are very confusing, but if you follow this advice, I think it could really help you move on from this infuriating obsession. In a way it almost seems like a tailor made problem for OCD sufferers to deal with, but if you can view it in the way stated here, you will be able to stop struggling with it. Please feel free to get in touch by email: robertjamescoaching@gmail.com or through my Instagram robertjamescoachinguk.